I am continually struck by the power of language and how nuances in word choice can change the meaning of an entire concept. I especially wonder about this with the notion of climate change. So many of the early warnings centered around “global warming” and, while I personally believe the scientists, not everyone is directly experiencing warming. In the midst of the polar vortex when it was -55 degrees, global warming seemed to be a foreign concept and gave fuel to the doubters. I wonder if there would have been greater acceptance if scientists had initially framed the issue as “climate change” from the start – a concept that seems irrefutable given the havoc that weather is creating around the globe. If more people could agree that the climate is certainly changing, it may be a starting point for discussions regarding what to do about it.

A similar shift is occurring in the mental health arena, with many advocating for the use of “brain health” vs. “mental illness” in an attempt to reduce the stigma that the latter often creates. If we treated an unhealthy brain with the same compassion and access as we provide to unhealthy bodies it could create a world of opportunity for many.

In the social sector, language is changing away from “foster care” which sounds nurturing to “stranger care” which is the reality of what occurs in many out-of-home placements. The more accurate descriptor creates an urgency to focus on prevention rather than on additional facilities.

Language is also being reframed around gender identity, expanding beyond the binary “male or female” to a multitude of choices, a personal preference for pronouns and a movement toward neutral language that precludes labels altogether.

A change of language can become a euphemism, designed to sugar coat the real issue at hand, such as calling lies “misunderstandings” or disguising unpaid grunt workers as “interns”, but language can also serve to create an opening for understanding and action. Take care to describe that which is important to you with words that others are able to hear. 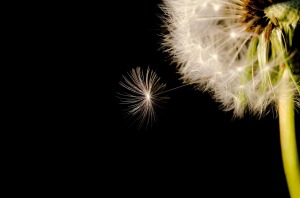