Today is Juneteenth, a holiday that commemorates the freeing of the last enslaved people in the United States on June 19, 1885 in Galveston, Texas. If you’re an astute student of history you will note that this is two and a half years after the Emancipation Proclamation that, in theory, gave slaves their freedom.

Juneteenth is a perfect illustration that just because a leader says there is to be a change does not mean that those who are to enact it actually do so. Proclaiming a change and implementing it are two very different things, carried out by two distinct functions within an organization.

In this case, the Texans were not about to relinquish their “property” until they were forced to do so. It took two years for Major General Granger to provide the might necessary to mandate that change occur, needing to wait until the war concluded and enough Union troops became available to make their way to southern Texas for law enforcement instead of civil war combat.

In addition to spending time developing bold proclamations about the change you want to occur, dedicate resources toward creating an implementation plan to ensure that things actually change. Leaders – and all political candidates – would be wise to take lessons from Juneteenth. Good intentions – and even good laws – don’t become a reality overnight. 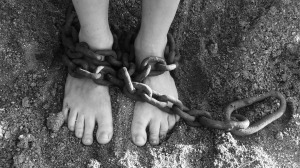