Are you a clock builder or time teller?

In the book Built to Last, authors Jim Collins and Jerry I. Porras outline the difference between the two: Having a great idea or being a charismatic leader is “time telling” but building a company that can last beyond any one person is “clock building.” It’s the difference between the realization of a great idea or the creation of a system that lives on for much longer than a single episode.

It is so tempting to be a time teller. You can have a great idea (or several), implement them and bask in the glory. Clock building is grunt work, often behind-the-scenes and you may or may not be around to realize its impact. But, and here’s the rub, it’s clock building that makes programs, systems and companies “built to last.”

The difference is often pronounced with new employees who want to make their mark. I remember a situation where one of my staff wanted to spend his time developing a whole variety of programs for college students – rather than creating the process, documentation and system for others who came after him to be able to do so. Doing the actual events was far more fun; creating a methodology was far more impactful.

As a supervisor, you need to be clear with your staff members what you are seeking from them: time telling or clock building. They have radically different timeframes and outcomes so it’s important to outline expectations and rewards. And if you’re the leader yourself, you need to keep your eye on the clock building prize, spending your time and energy on the infrastructure and long term (even now when just time telling can be challenging). Individually we like to be the ones who can tell time but remember that a clock maker made it possible for all of us to do. 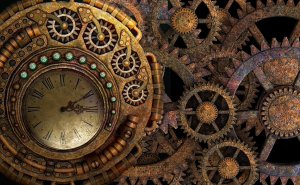